Airborne Engineering has begun testing an innovative new rocket engine on behalf of customer Reaction Engines Limited. The engine, code-named “STOIC”, has been developed by Reaction Engines as part of their Advanced Nozzle Programme in order to test important technologies for the SABRE engines that will propel the Skylon spaceplane. Skylon’s SABRE engines need to operate in both air-breathing and rocket modes. STOIC is capable of demonstrating these two modes and the smooth transition from one to the other. The STOIC test programme will also allow Reaction Engines to refine their computer models of the internal aerodynamics of the SABRE engine.

Dr Helen Webber, Reaction Engines’ Project Lead for the Advanced Nozzle Programme, commented: “This experimental engine is an important step into a new era of propulsion and space access. We are using it to test the aerodynamics and performance of the advanced nozzles that the SABRE engine will use, in addition to new manufacturing technologies such as our 3D-printed injection system. The testing of new propulsion technology has required close work with our partners at Airborne Engineering, in order to make a test rig that can simulate the unique and demanding range of conditions required to put this engine through its paces. Despite being much smaller than SABRE, this engine is still the largest bi-propellant engine to be tested at Westcott for over thirty years, and it is exciting to see the resurgence of Westcott as the centre for UK rocket propulsion research and development. The next few months will see us running the engine for much longer periods in order to explore the transition between the air-breathing and rocket modes of the SABRE’s flight – an important and challenging part of powering Skylon into space.”

STOIC engine represents a big advance in engine technology compared to previous test programmes conducted by Airborne Engineering and Reaction Engines. STOIC features a 3D-printed injector, water cooling and automated throttle control of propellants. In order to test STOIC, Airborne Engineering has had to build a completely new test rig at its J2 facility at Westcott. The new test rig features innovative flow-control valves developed in-house by Airborne, capable of accurately reproducing almost any desired profile of propellant mass-flow despite constantly changing inlet pressures and temperatures. A new modular data acquisition system, also developed in-house by Airborne Engineering, logs over one hundred channels of data on the STOIC test rig. The data acquisition system also features automatic generation of post-firing data reports so that Reaction Engines can examine the performance of the engine within minutes of a test. 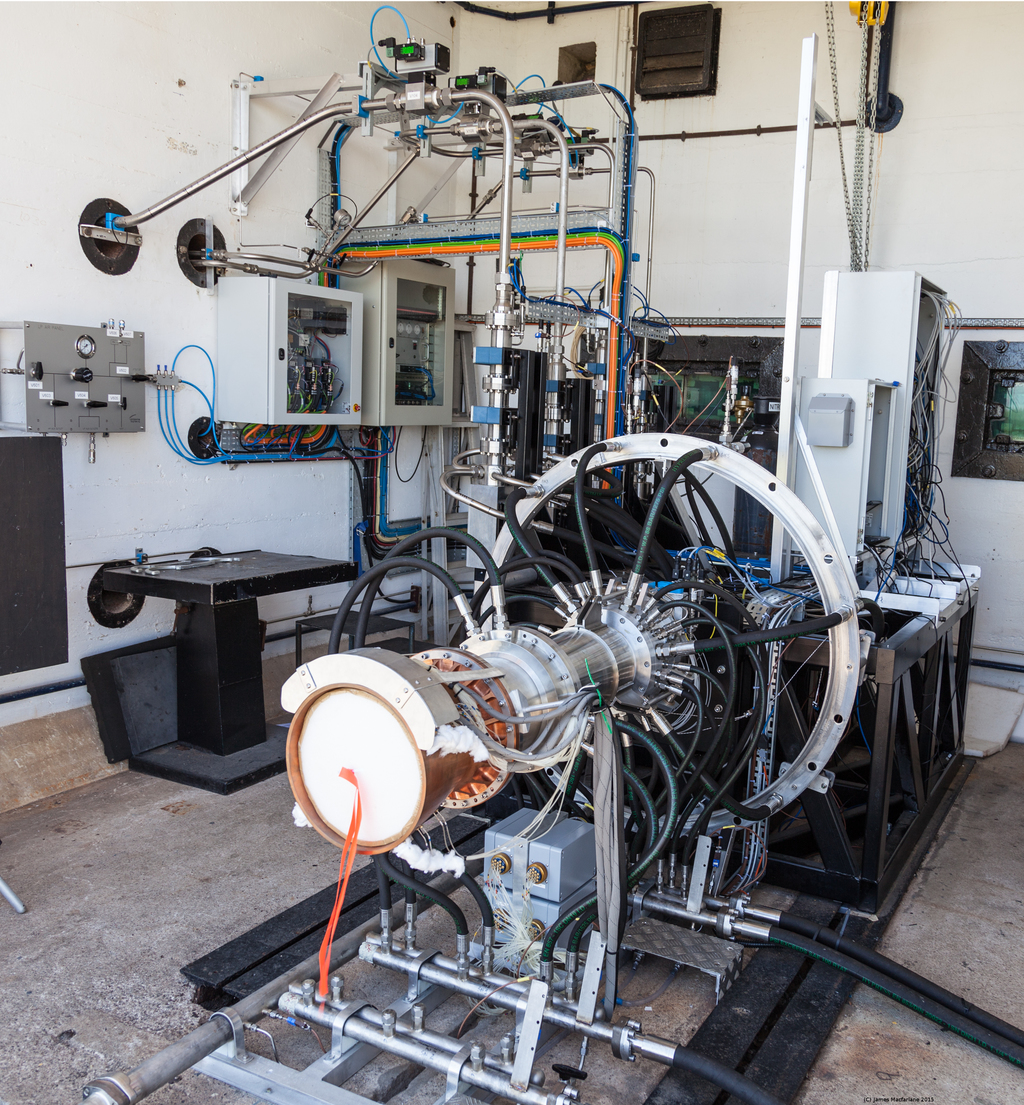