Airborne Engineering Limited today released a video the first tethered test of their VTVL (vertical take-off, vertical landing) rocket. The vehicle, codenamed “Gyroc”, a shortening of “gyro-stabilised rocket”, is the result of an internal research and development project that has been under way at Airborne for a few years at the company’s Westcott facility in the United Kingdom.

VTVL rockets like Gyroc can be used to test technologies required for landing on other planets, such as the Moon or Mars. Airborne believes that this is the first time such a vehicle has been successfully tested in Europe.

The video shows the rocket taking off from blocks and hovering for a short time before descending and shutting down, with only the attitude and altitude control loops running (so no sideways control). It is tethered to a gantry to prevent damage to the vehicle in the event that it has to be shut down prematurely.

Gyroc uses non-toxic rocket propellants (nitrous oxide and isopropyl alcohol), weighs about 20kg and can hover for over 30 seconds. After more testing, Airborne plans to scale-up the vehicle so that it can be used to assist other organisations developing autonomous planetary landing technology and who need a way to carry out testing in a realistic way on the Earth.

Although the development of Gyroc has been entirely self-funded by Airborne Engineering, the company is very grateful to the European Space Agency who have kindly provided some additional funding to support the recent test programme. It is hoped this will lead to future collaboration. 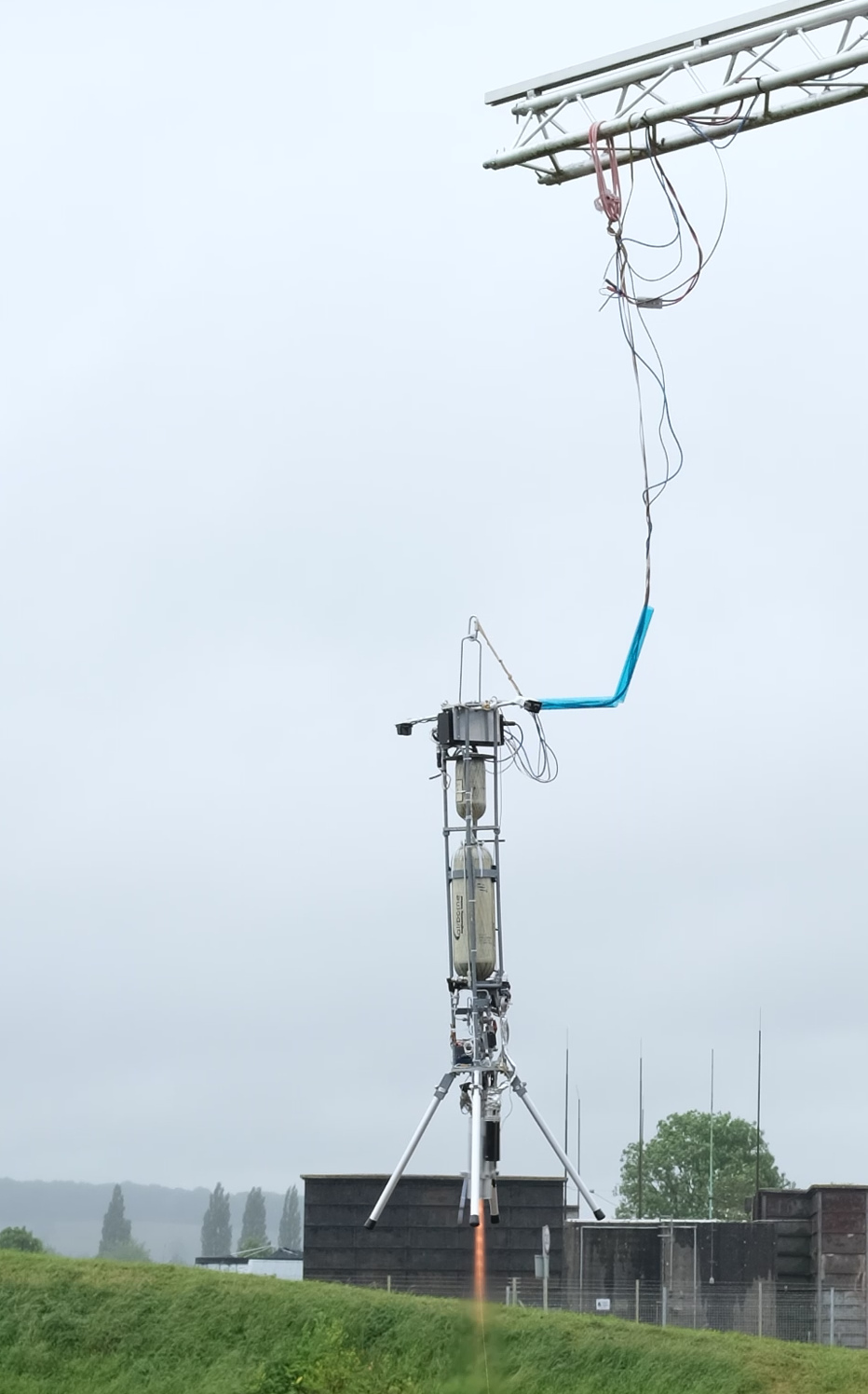