The Stoic engine was designed as part of the Advanced Nozzle programme by Reaction Engines under ESA funding. The Stoic engine has many subscale features of REL Sabre engine concept, most importantly that it has two combustion chambers for both air-breathing and rocket modes, and the ability to change between these two modes via a translating nozzle extension.

Testing the Stoic engine required four gaseous propellant streams and six coolant streams. The Stoic engine has a thrust rating of 20kN, which required propellant feeds of up to 0.3kg/s hydrogen and 10kg/s of air in air-breathing mode, and up to 0.5kg/s hydrogen and 3.3kg/s oxygen in rocket mode. Six additional water coolant streams were required for the combustion chamber, nozzle, injector face and other internals (30L/s total), and two air streams for film cooling.

The control of the propellants affected the nozzle performance, and therefore massflow control of ±1% was required on all propellant feeds. Because some of the engine was un-cooled in initial testing phases the propellant feed system had to start, stabilise at ±1% massflow accuracy and shut-off within 1.5s, which required AEL to develop custom high-speed, high accuracy Automatic Metering Valves (AMVs) with real-time massflow feedback control using an inbuilt Venturi meter. Furthermore, these valves can follow any specified massflow profile with time or based on feedback from other process variables. These valves have subsequently been used for other gaseous feed systems and are an integral part of the J2 test facility.

“The STOIC test rig and instrumentation are state of the art”
Mark Ford, Head of Propulsion Engineering, ESA 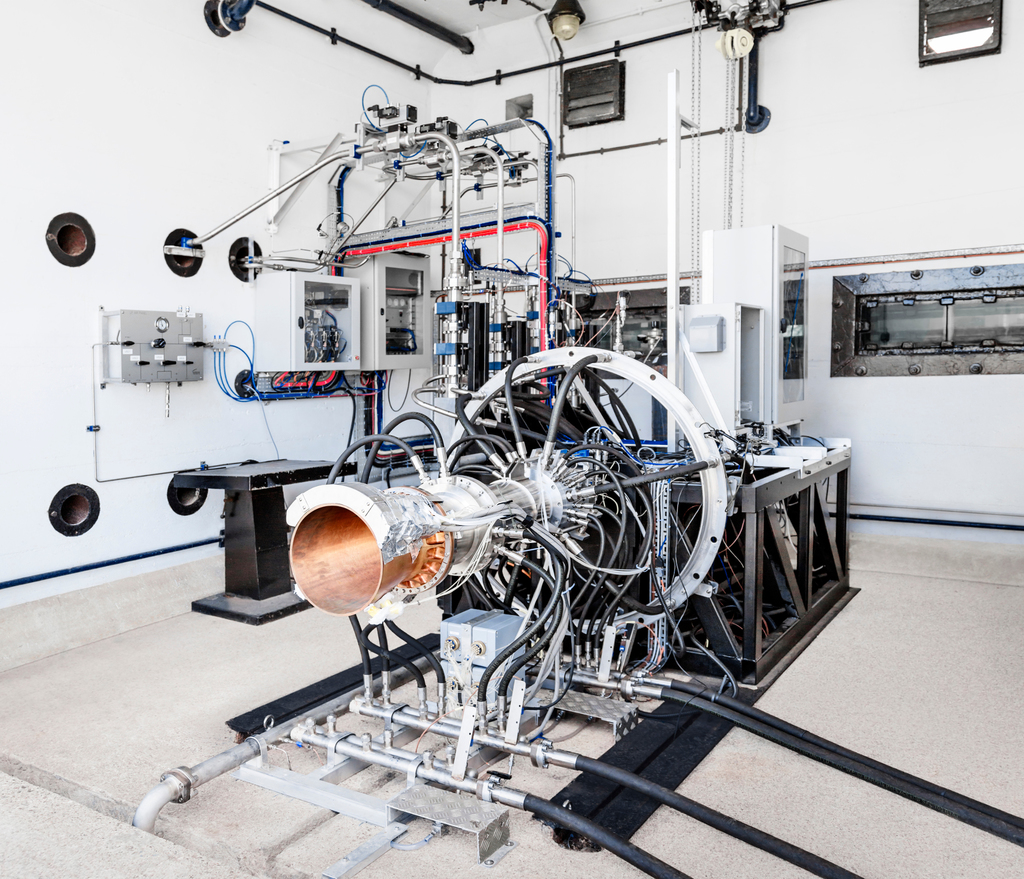